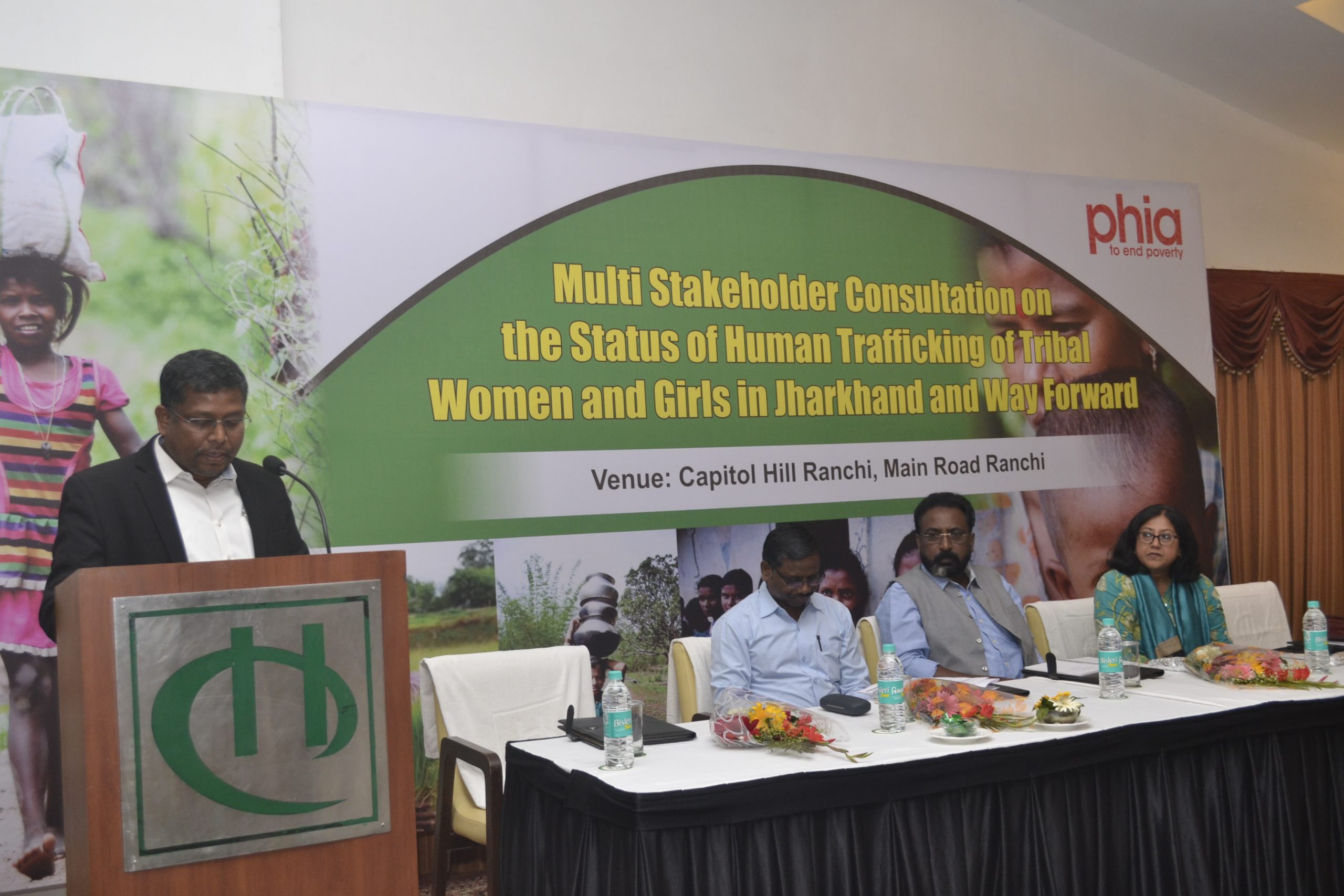 Human Trafficking is an organised crime which is deep rooted and has multi-tiers. It can only be tackled by the joint initiative of the Government and the Civil Society.”

“In order to completely eradicate the crime of trafficking, it is essential to change the mindset of people towards the victims, as only rescuing the victim doesn’t solve the problem, the problem would be efficiently solved by rehabilitating the victim”

“It is now globally realised that policy level intervention mostly focuses on rescuing and rehabilitating the victims, but policies aiming to prevent the crime have not been very effective. This would be possible if the solution came from within the community, which can be traced with the help of the Civil Society.”

“The social issue of trafficking can be tackled effectively by using a twofold approach, which involves a) Curative Measures, and b) Preventive Measures.”

To gauge and assess the status of human trafficking of tribal women and girls in Jharkhand from the purview of various agencies like the legislative, the executive, the judiciary and the civil society and event was organised by Phia Foundation and partners on March 13th at Capitol Hill in Ranchi, Jharkhand. Over 45 dignitaries from several institutions and organisations came forward to share their experiences and knowledge on the status of trafficking in the State. The event commenced with an erudite discussion which underlined the need to focus on three aspects when it comes to trafficking, – a) Prevention b) Rescue, and c) Rehabilitation. Many districts in Jharkhand come under the Fifth Schedule of the constitution where PESA is applicable, and the majority of those who are trafficked are from these areas. The preventive measures should include strengthening of the Gram Sabhas and capacity building of the community to ensure safe migration and track any unsafe migration. The police department has ensured the presence of paralegals at all police stations and booths to bridge the language gap.

For rescue, there are several laws in the Constitution designed to help trafficking victims when they are rescued and during trial. The government also has a toll-free Labour Helpline which is accessible pan-India.

It was identified that measures have to be taken to rehabilitate the victims as most are not welcomed by their families and the community post being rescued. This has to be solved on two levels – availability of shelter homes for women, raising awareness and dismantling the taboo. Linking the victims with sustainable livelihood opportunities can help prevent re-trafficking.

In conclusion, all stakeholders pledged to join forces and help each other in strengthening the existing policies and practices, and in building new ones to get rid of the organised and rapidly growing crime, i.e, trafficking.

Objectives of the Event: