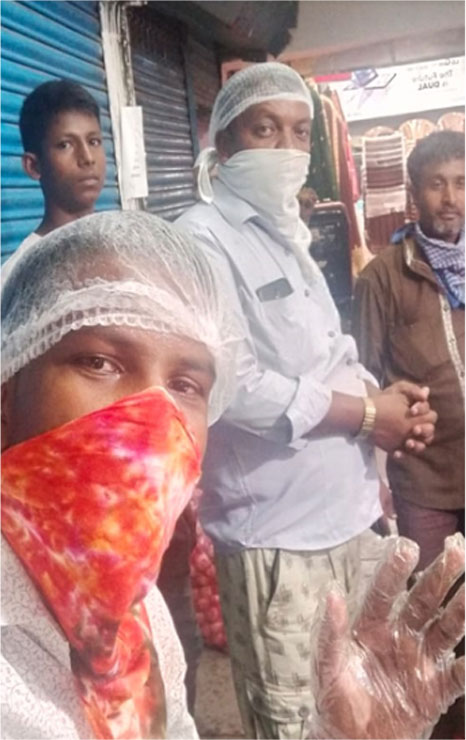 Once the Control Room was set up by the Jharkhand government hundreds of calls started coming in each day in search of some form of relief. Surendra Yadav a native of Kubri village in Giridih District of Jharkhand was among the many people who had reached out to the control room for immediate aid during the initial phase of the lockdown. A permanent resident of the state Mr. Yadav had completed his intermediate degree from Jharkhand but to make ends meet he had to move to Gulbarga, Karnataka at the age of 23, where he worked as a cashier at Raja Hotel.

When India was locked down due to the COVID-19 pandemic, the country’s migrant workers in the informal sector were amongst the most affected as all business operations were halted many of them were now out of work. Mr. Yadav, like many other informal workers, had now lost his source of income as the hotel he worked at was shut. The first phase of the lockdown from March 25th to April 16th saw Mr. Yadav and fifteen of his housemates stranded, home-bound, and strapped for resources. Apart from losing their livelihood, they were also away from home, their families and community and therefore had no safety net they could rely on.

In the face of this multifaceted precarity, Mr. Yadav realized that the Jharkhand Control Room could be his only resort to an otherwise hopeless situation. The Control Room has dealt with so many situations where they have received calls from people who have exhausted all other options and have reached out only as a final recourse. To be able to provide the necessary help the control room also has counselors who talk and guide such migrant workers with the necessary information and other support they might need. When they received Mr. Yadav’s call the counselors took over and provided the necessary support and also advised him about the nature of the virus along with the precautionary measures that he could take given the limited resources he had at hand.

After receiving this call, the control room got to work and Mr. Yadav’s details along with the nature of his precarity were shared with the nodal officer in Jharkhand, who then reached out to the district administration in Karnataka. The district administration in Karnataka responded to the information from the government of Jharkhand and worked on reducing the impact of the crisis. Shortly after this, Mr. Yadav received 30 kg rice, 25 kg flour, 3 kg daal, and a few packets of spices for himself and his housemates from the District Collector’s (D.C.) office. Two of his housemates also received Rs. 1000 from the Jharkhand Chief Minister Special Assistance Scheme via the mobile app. Others could not receive this amount because they did not have the necessary paperwork.

In the ensuing three phases of the lockdown, Mr. Yadav reached out to the control room at least another 3-4 times and continued to receive support in the form of ration for himself and his housemates. In the second lockdown, again through the District Commissioner, Mr. Yadav and his group received 25 kg rice, 6 kg daal, and 25 kg flour. In the duration of the third and fourth lockdown, they received 40 kg rice, 30 kg flour, and 6 kg dal. When travel restrictions were slightly relaxed four of his housemates returned to Jharkhand, along with other migrants from Bihar. Finally, at ease, Mr. Yadav and his other housemates were not in a hurry to leave and decided to wait until they received their travel messages. He has thanked the government of Jharkhand for all the help he and his group have received and has called all the efforts praise-worthy.