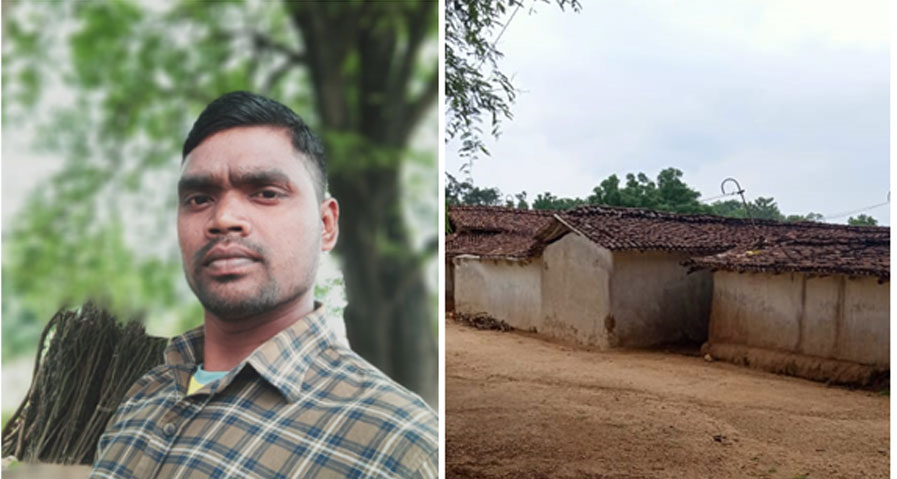 Sunil Minj Oraon an ambitious young man from Rolzara Village in Ormanjhi, Ranchi is a permanent resident of the State of Jharkhand. He grew up in relative poverty but was determined to work hard and achieve a level of financial stability to provide for himself and his family. Mr. Oraon is the sole breadwinner in the family and has taken the responsibility to support his elderly parents, wife and two children.

Focused on moving out of a state of poverty he completed ­his schooling and attained an intermediate degree from Jharkhand, after which he joined ITI to learn vocational skill sets. In March 2020, he got accepted into a company in Ghaziabad, New Delhi, through his institutional network. Sunil had only just started his training period that the lockdown was announced and he was now faced with impossible odds. As he joined the company only recently, he found himself stuck with no reserve cash or savings and realized he now had nothing to survive on during the lockdown period.

Under extreme desperation and with the fear of facing starvation, he reached out to the Control Room, Jharkhand in April for immediate aid. After a lot of coordination and planning the Jharkhand team was able to give him and his colleagues some aid by providing them with ration. They arranged 5kg flour, 2kg Rice. 1kg Daal, ½ kg oil, one packet salt, and a few packets of spices which helped Sunil subsist through the extremely difficult period of the first two lockdowns. As soon as the travel restrictions were slightly lifted, he decided it was time to go home and along with thirty-five of his colleagues he registered for the same. On May 10th they received a confirmation message and boarded a government bus from Uttar Pradesh that dropped them at the Bihar Border, after which they had to board another bus to Jharkhand on May 12 and Sunil finally reached his village the next day.

After coming back to Jharkhand, Mr. Oraon completed 14 days of quarantine and was free to go back home as he tested negative for the Coronavirus. He was relieved, happy and extremely grateful for all the effort that was taken to bring him and other migrant workers back to Jharkhand. He has now decided to stay back in Jharkhand and contribute to the development of his state.