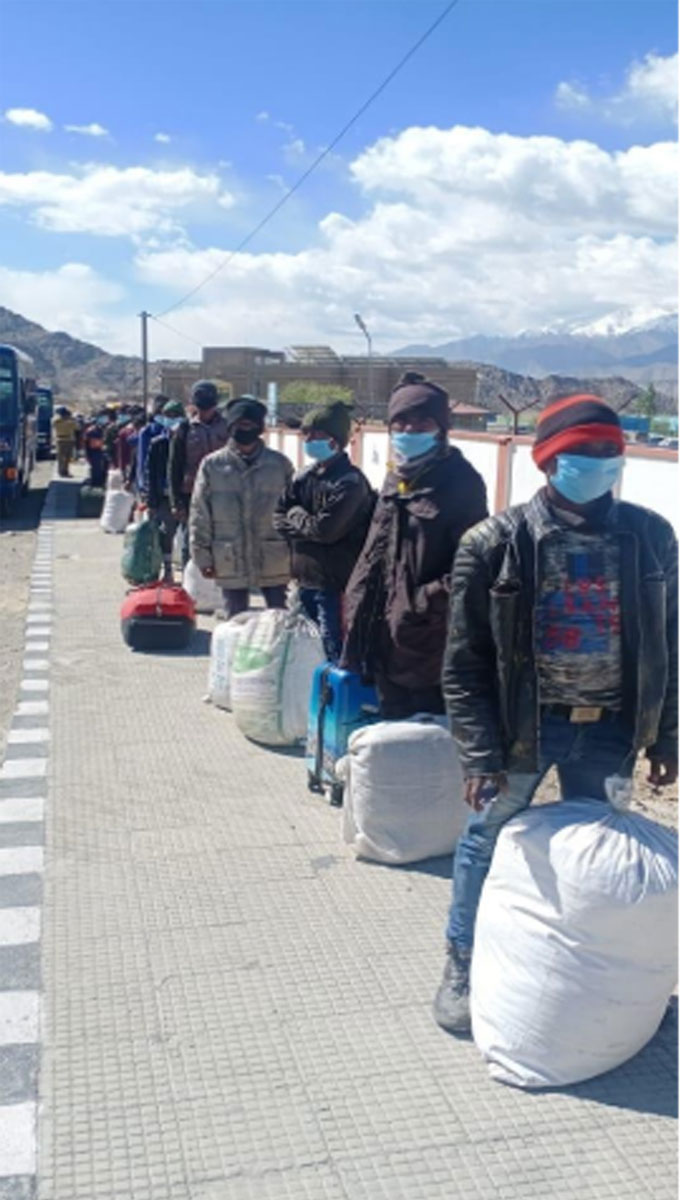 At the Jharkhand Control Room, we have been counselling distressed migrant workers, students and other stranded people every day since we set up the helpline centre in April. So many people with so many different stories but all of them affected by one event- The Lockdown. Each story comes with its ups and down’s but the unwavering hope for a better life amid all the chaos around has given us the will to keep going. This is a story of Suraj Kisku a member of the Santhal Adivasi Tribe from the Dhumka district in Jharkhand.

Suraj called the control room as he was stranded in Leh Ladakh ever since the lockdown had been imposed. He had been employed for making roads and was able to save a decent amount of money every month for his family. He grew up in a small village called Hathiyapathar in a state of extreme poverty but persevered in the face of difficulty and completed his intermediate studies and moved out in search of opportunities for a better life.

He told us that his mother was his greatest strength and he wanted to be with her during this tough time, but since all operations were stopped and with travel restrictions in place going back home seemed like a Herculean task. We could sense the anxiety and the anguish of being away from his loved ones in a time of crisis and tried to derive the best possible mode of action to bring some relief amidst the chaos around.

Once the necessary arrangements were made, we informed Suraj that he would be traveling to Jharkhand by air and suddenly there was a long pause from him as if almost in disbelief of what he had heard. When he finally got a hold of what just happened, he said that ever since the death of his father they had been struggling with finances and while his mother did the best, she could their situation remained the same. Thus, for someone who came from a small mud house in Jharkhand being able to travel in an airplane felt like a dream come true and he was very grateful for this opportunity and for all the effort that was made for him to go back to his wife, daughter and mother.

On 12th June 2020, we were able to bring back fifty stranded workers to Ranchi through a coordinated effort. We also made food and further travel arrangements so that Suraj and his colleagues reached home safely. Even after reaching home, he continued to express his sincere thanks to the state of Jharkhand and the relief team for all the work done. Being able to reunite Suraj with his family and bring some relief has motivated us to further reach out to those in distress.