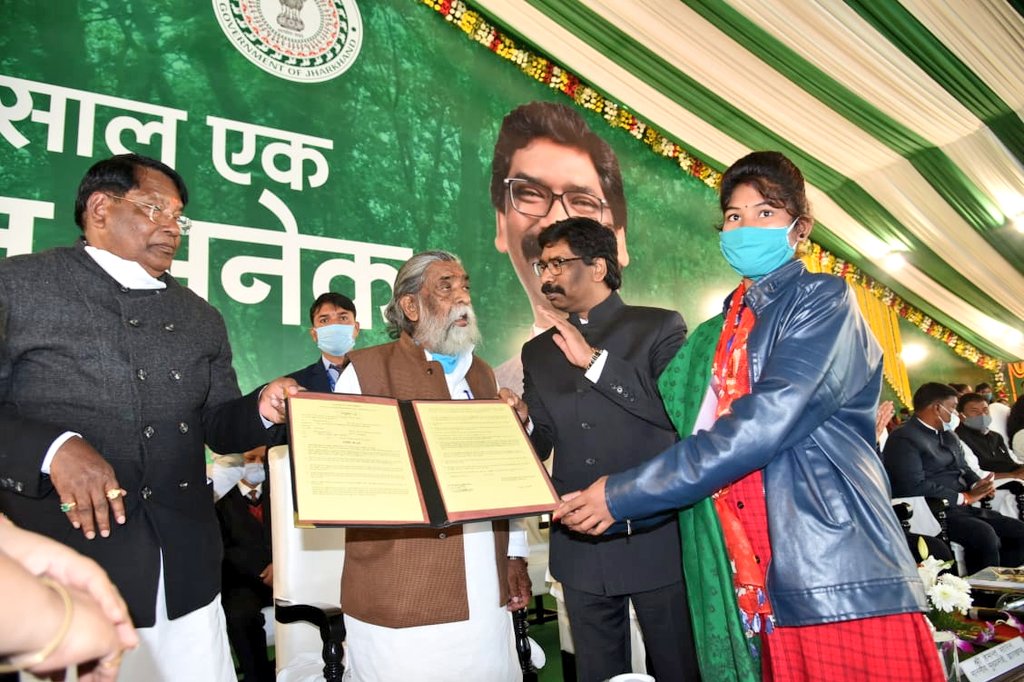 On the Occasion of completion of one year of the present Jharkhand Government, on 29th Dec 2020, 15 out of 24 girls who were rescued were provided with appointment letters to work at Valencia Apparels a manufacturer and Exporter of Garments in Ranchi by Honourable Chief Minister, Government of Jharkhand. They will be placed at the position of sewing operations as involved in sticking based on probation period for 6 months and later on will be placed as per their skills. They will be paid a monthly salary of Rs 10,785/- with other basic facilities like PF. Also, overtime work will be paid off.