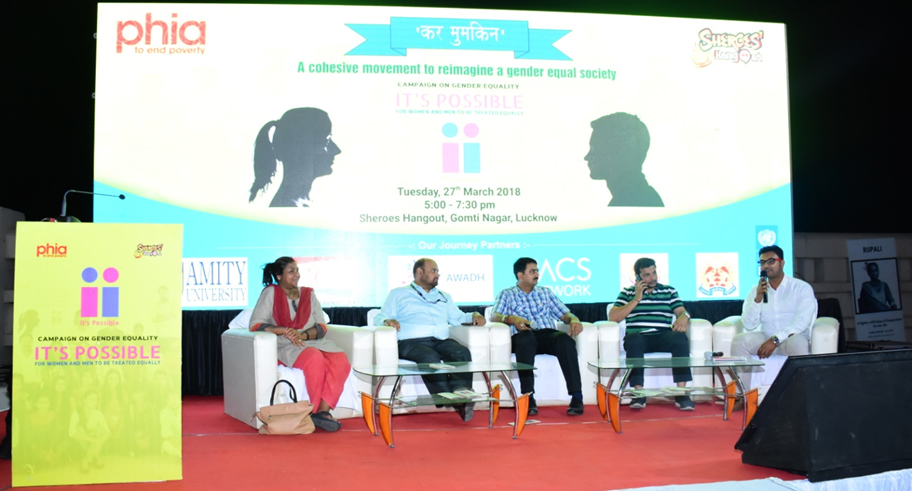 The objective was to share learnings and experiences of It’s Possible Campaign in UP and explore potential partnerships with CSR in the state. The idea was to discuss the larger eco-system which has contributed to the current status-quo and how can we develop a holistic approach and the role of multiple stakeholders in addressing the root cause of gender inequality.

Dr. Amita Jain from Tata Trust, Mr. Anand Mishra from the Planning Department, Information Officer to DM, Lucknow, Mr. Siddharth Dixit and Ahmed from UNDP were the panelist for the panel discussion on Role of CSR (Corporate Social Responsibility) in promoting development. Mr.  Ritwik Patra from UNICEF and Mr. Pallav from TCS expressed their views on Gender Equality.