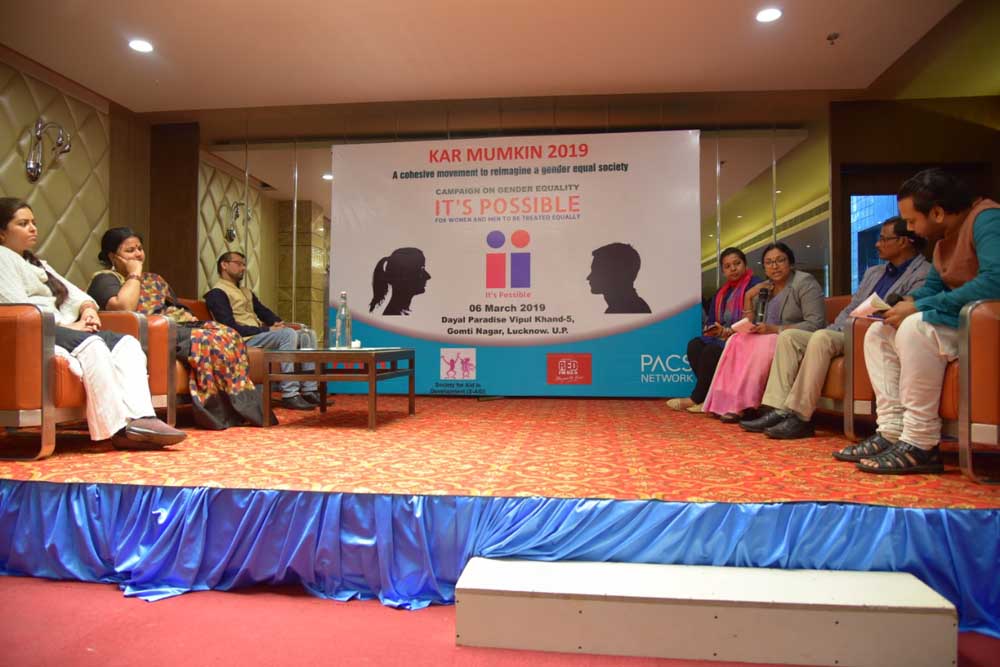 On the occasion of International Women’s Day theming Better the balance, better the world, Phia Foundation hosted an event on 6th March 2019 – “Kar Mumkin – A cohesive movement to reimagine a gender equal society” at Dayal Paradise. The main agenda was to bring like-minded individuals, organizations, corporates together to collectively work towards the common cause of gender equality.

This was followed by a Panel Discussion, which was anchored by Mr. Ranjan Bhattacharjee from PHIA Foundation. It largely took the form of an interactive and interesting Question/Answer session.

The panel discussion was followed by a Question Answer Session with the audience. Various pertinent points around the issue were brought up at this stage.

The panel discussion and question answer session was followed by a small clip on ‘Smart Betiyan’, presented by Ms. Shivani & Ms. Stuti from PHIA Foundation. These girls use the internet and smartphones (often aided through the Internet Sathi program) and are exposed to various activities that enable them to find their calling and their sense of empowerment, rising above gender barriers & stereotypes. The session drew to a close with felicitation to the Smart Betiyan and a vote of thanks by Mr. Prashant.