Debate On “Does An Empowered Woman Create A Sense Of Insecurity Amongst Men?”- #ItsPossible Campaign 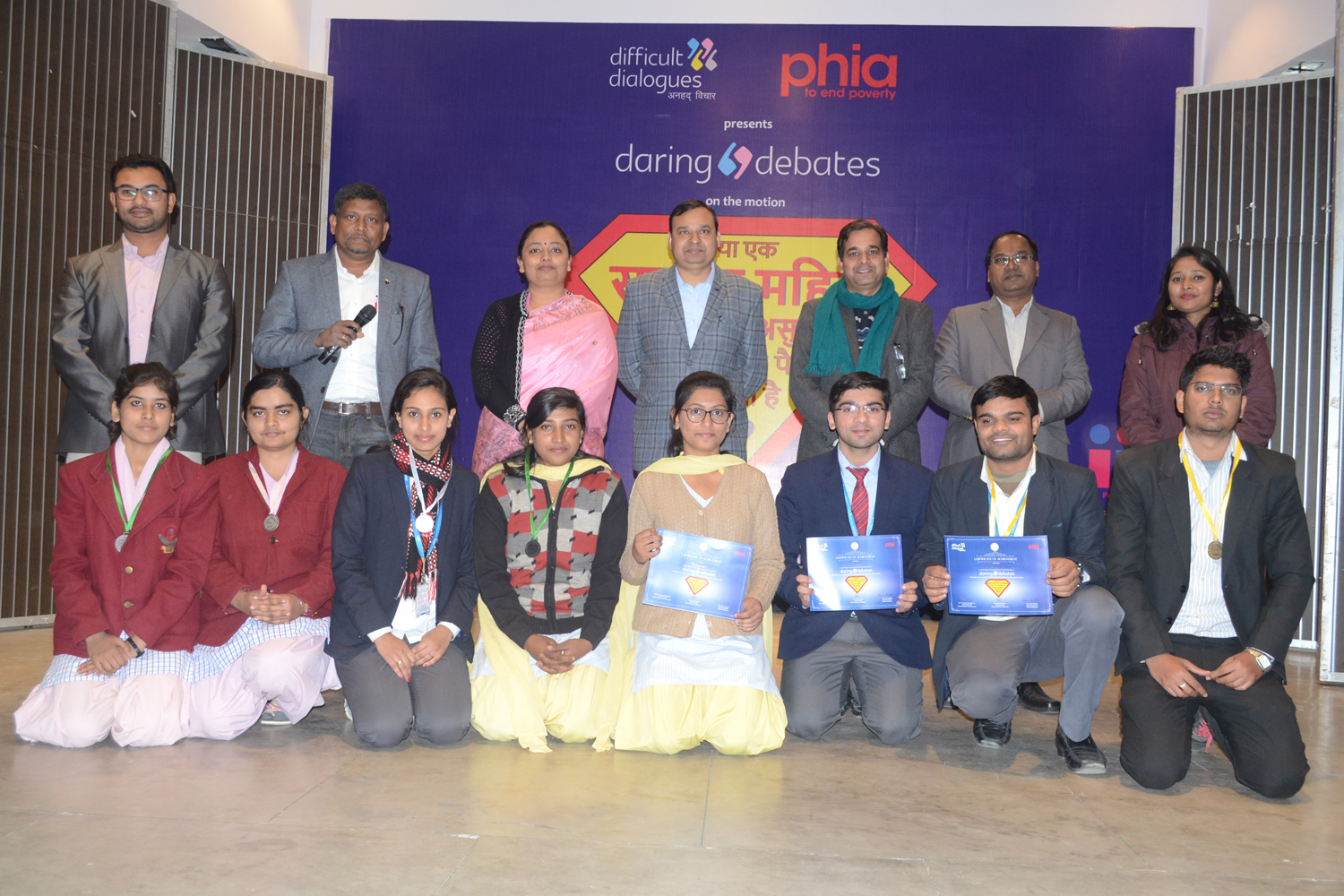 Partnering Hope into Action (PHIA) Foundation is taking forward the work of its co-collaborators who had successfully implemented one of India’s largest civil society program from 2009-2016, which was called the Poorest Areas Civil Society (PACS) programme and has worked on the issues of social exclusion and poverty reduction in Jharkhand PACS worked in seven of India’s poorest States to help socially excluded communities to claim their rights and entitlements more effectively. The issue of gender equality crosscuts all of our work.

PHIA Foundation envisages for a gender equal world and strongly believes that gender inequality is one of the most crucial issues that needs to be tackled in Jharkhand and in particular India and South Asia in general.

5 colleges participated in the Daring Debate competition from St. Xavier’s College, Women’s College, Gossner College, Doranda College and XISS Ranchi with 4 teams each. One team consisted of 2 members, with one speaker for the motion and the other against the motion. Each participant was given a maximum of 4 minutes to speak for/against the motion, followed by a question from the jury. At the end the jury selected 2 winners to participate in Goa for the face-off finale at Difficult Dialogues event to be held at Goa University on February 10, 2018 to compete with winners from other cities.

Several questions/ challenges were put up during the daring debate competition from the jury members focused on the bridging ways to narrow down the insecurity among the role of women and men in the families and society at large. The students also highlighted the case stories, data on gender gaps and best practices on empowering women. They also stressed on the importance of changing mind-sets and acceptance of women as an equal and giving them space to take important decisions inside and outside the house. Juries had also probed the participants on some of the relevant govt. schemes and their impact on the issue.

Winners of the Daring Debate Competitions

Students also showed enthusiasm about the campaign Its Possible and wanted to be a part of the campaign. They were asked to connect with the It’s possible’ s State Steering committee which is in charge to facilitate dialogues and discussions between various individuals and institutions from Government, Private Sector, academicians and Social Sector actors in the state, charting a road map of collaborative action, working towards a more inclusive and equal society.