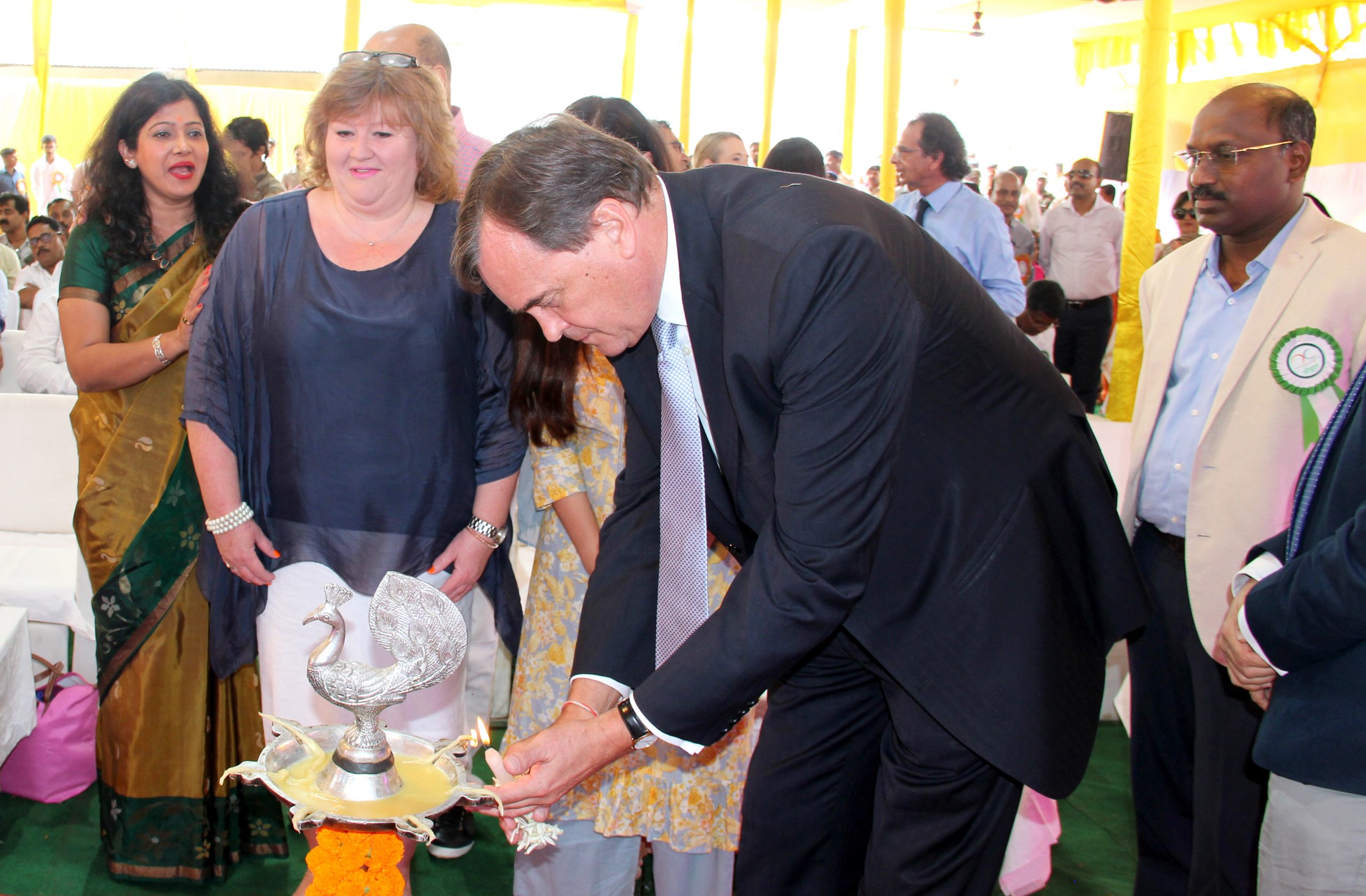 The British High Commissioner to India, Sir Dominic Asquith, launched a project on Responsible Migration at the Orient Craft factory in Ranchi. The project is jointly funded by the UK Government and Marks & Spencer. Partnering Hope into Action (PHIA) Foundation will implement a research study and awareness building programmes for factory workers and communities in Jharkhand and Gurgaon.

Many workers from Jharkhand migrate to larger cities, including Delhi-NCR, for jobs in garment factories or employment as a domestic worker. In addition to the uncertainty around finding a steady job, they are often vulnerable to exploitative living and working conditions.

By mapping the stakeholders involved in recruitment and measuring the scale of the issue in the ready-made garment sector, the project will look to strengthen communities and tackle the problems they face through policy advocacy and awareness.

Highlights of the project launch

Sir Dominic Asquith, High Commissioner to India, while addressing the audience said: “I am delighted to launch this project alongside well-known British brand Marks & Spencer. Initiatives like this help promote responsible employment practices and cleaner supply chains. The UK Government remains committed to protecting the most vulnerable workers across the globe. The UK and India are working together, as a global Force for Good, to build a future where forced labour and exploitation are truly a thing of the past.”

Mr. Ravi Kumar, Director of Industries, Government of Jharkhand shared the Chief Minister’s dream to ensure that women from Jharkhand do not face a situation which compels them to leave the state in search of employment or livelihood opportunity. He shared about the commitment of the state administration to employ more and more women and empower them for which a policy has been formulated which emphasizes the need to create job opportunities for women who are trained in Jharkhand and place them within Jharkhand for productive livelihood opportunities.

Fiona Saddler, Head of Responsible Sourcing, Marks & Spencer emphasized that Human Rights in a fundamental part of Marks & Spencer. She spoke on their commitment to eradicate all forms of modern slavery and promote safe migration. She appealed that to address the issue of unsafe migration a collaborative engagement amongst the corporates, government and civil society is essential.

Nidhi Dua, Head of India Region, Marks & Spencer, said: “We’re only as strong as the communities in which we operate and at Marks & Spencer we’re committed to paying a fair price to our suppliers, supporting local communities and ensuring good working conditions in our supply chain. As one of the first international brands to source from Jharkhand we’re passionate about the community and we believe researching into and promoting responsible migration will have a really positive impact so we’re proud to be working collaboratively with the British High Commission and PHIA.”

Anand Kumar Bolimera, Director, PHIA Foundation, said: “We are excited to have this partnership with the British High Commission and M&S to promote responsible migration in the garment sector. PHIA Foundation is committed to empowering the poor and most marginalised groups and to raising awareness amongst migrant communities of their safety, rights and entitlements.”

Mr. Viraf M. Mehta, Advisor, IICA shared about the recent development on the National Policy guideline on ethical standards which is underway, the reporting format for corporates to share the achievement and how are ethical standards are being followed. This is with the purpose to make enterprises globally competitive.

Mr. Sudhir Dhingra, Chairman and MD, Orient Craft expressed his heartfelt thanks to the government of Jharkhand which has extended the whole-hearted support in the establishment of Orient Craft in Ranchi. The factory has been able to provide individuals particularly women with productive livelihood options and close to their homes and this has been a game changer.