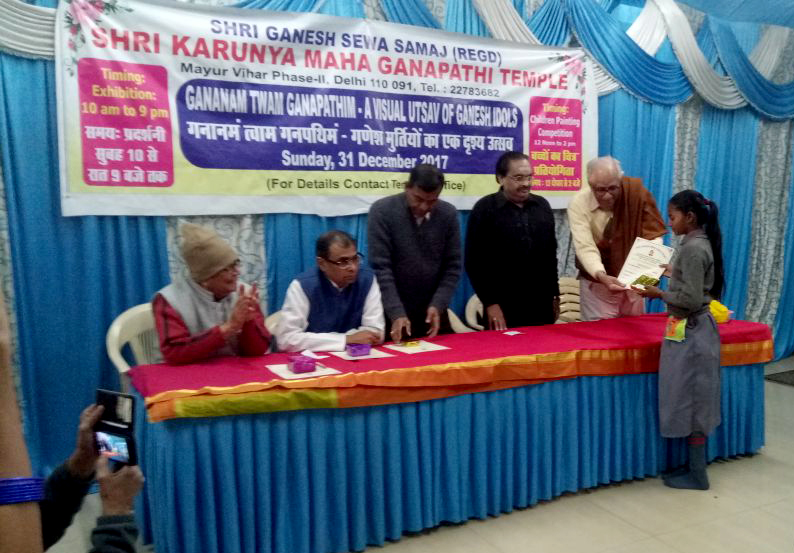 More than 60 children participated in this contest who were from various private/public schools including 12 children from Bhowapur education Centre. We feel proud to share that two of the children from our Centre Ms. Rani stood first and Mahinder stood second under Sr. Category (11-15 years age) and Karishma received the 3rd prize under 8-10 years age category.

The prizes were distributed by a Sr. Supreme Court Judge in the function held in the evening.  The organisers also mentioned in their speech that they had included EWS children for the first time in Samaj’s activity. The event was well covered in the local newspapers.

It is proven that our children are enormously talented, they just need such opportunities to showcase their talents. The prize-winning children faces were beaming with joy after the event.